UNN  – A Senior Lecturer in the Department of Political Science at the University of Nigeria, Nsukka, Dr. Michael Ugwueze, has declared that his students without Permanent Voters Card (PVC) will not be awarded marks (30 marks) in their continuous assessment test.

The lecturer during an interview said the decision was reached after observing that youths are generally uninterested in politics in Nigeria despite how enlightened they claim to be. He stated that after conversing with some undergraduate and postgraduate students above 18 years of age, he realized that most of them have never voted in an election and do not own voter cards. When they were questioned, they simply replied that politics is for old people and they already know who will win because their votes won’t count. 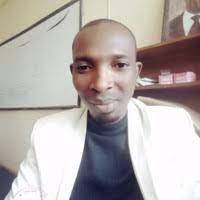 The lecturer explained that the policy was his own way of making his students do the needful and perform their civic responsibility, especially as the political science lecturer that he is. He added that getting their PVC was the first step, after that he will deal with whether or not they will vote.

Tags: no PVC no assessment